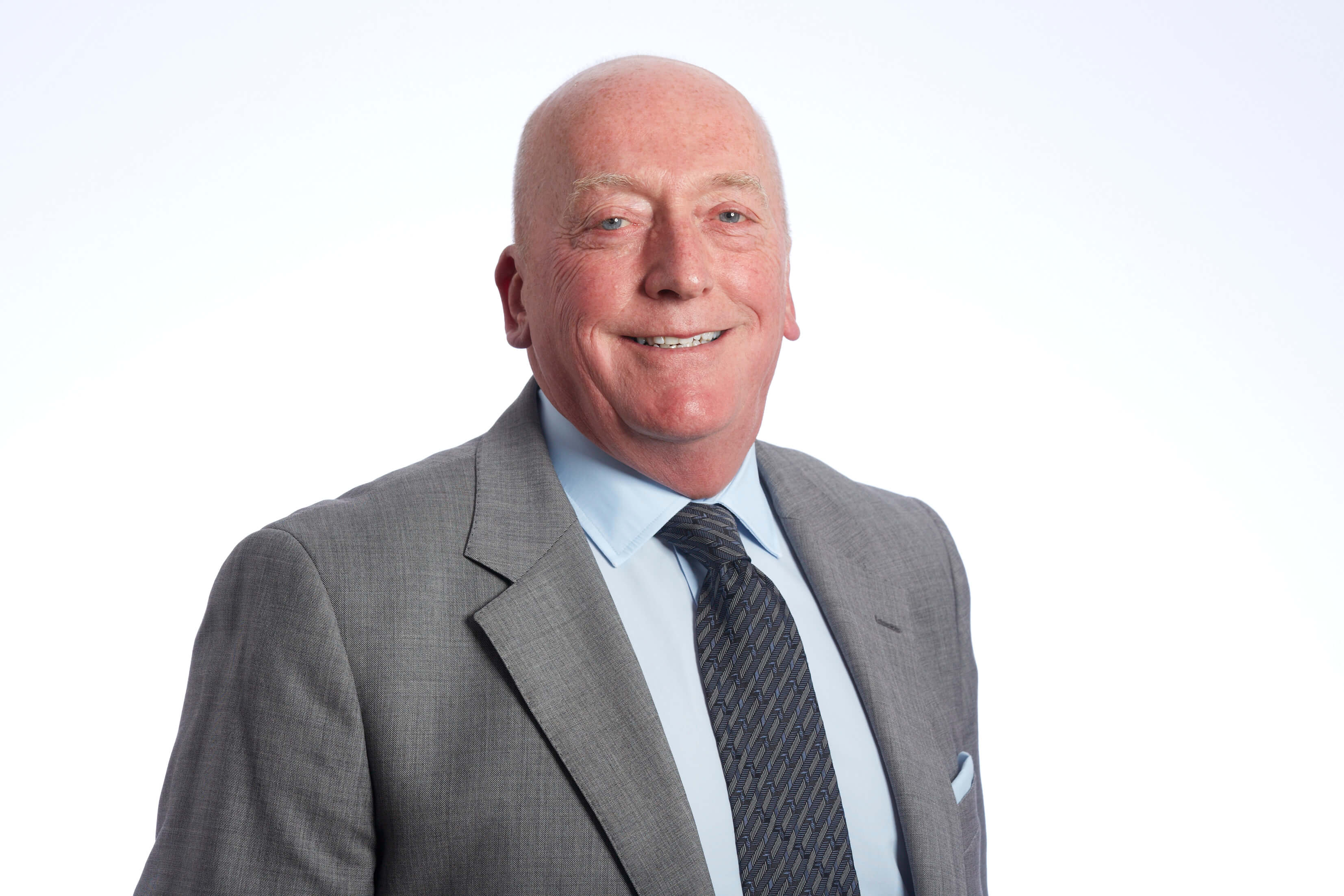 Dave Fisher is a highly experienced specialist asbestos lawyer based in Thompsons Solicitors' Birmingham office covering the West Midlands and the East of England. He has accumulated more than 46 years’ experience handling personal injury and disease claims - the last 20 years of which acting for the victims of asbestos disease.

Dave has been successful in resolving many complicated asbestos-related disease claims over the years in which the employer who exposed the client to asbestos no longer exists, or the insurance company is difficult to trace.

His principal role is to mentor, support and advise Thompsons’ legal team dealing with asbestos claims, passing on his experience and knowledge.

Dave not only has a vast amount of skill and knowledge of dealing with cases of this nature but also has an understanding of how difficult asbestos disease claims can be for the victim and their family.

He always tries to recover the compensation his clients are entitled to in the shortest possible time. This is particularly important in cases involving terminal illnesses such as mesothelioma as it gives the victim some peace of mind that their family will be financially secure after their death.

Dave recognises the importance of giving full support to the victims of the disease and their families.

Asbestos disease claim: A police officer was exposed to asbestos during training exercises in derelict buildings, including disused factories and hospitals. As a result of breaking down doors and using stun grenades, asbestos dust was released from insulation boards and lagging on old hot water and steam pipes. No risk assessments were ever carried out. Dave recovered substantial damages for the member’s wife, providing her with much-needed financial security although no amount of money would ever compensate for the loss of her husband.

Asbestos disease claim: In another case, a man who had spent his entire working life as a railway worker for British Rail had been negligently exposed to asbestos by his employers many times. He was never given any warning of the dangers nor was he given any protection such as a facemask. After experiencing chest problems, medical tests were carried out and the client was diagnosed with mesothelioma. He was given less than a year to live. Dave worked hard to recover compensation in this case, just six months after the client originally contacted Thompsons.

Asbestos disease claim: Dave’s client in another case had been negligently exposed to asbestos by two different employers in his early working life. He was never told of the dangers of working with asbestos and was never given any protection from the dangerous fibres. Sadly, this client was only in his 50s when he was told that he had developed mesothelioma through his contact with asbestos. Doctors tried to extend his life with surgery and chemotherapy but he died only 14 months after being diagnosed. Dave succeeded in recovering £300,000 in damages for him.

Asbestos disease claim: A man who had worked for the NHS all his life had been negligently exposed to asbestos on a daily basis by his employers. He was only in his early 60s when his health deteriorated rapidly and he was diagnosed with mesothelioma. His doctors tried to extend his life with surgery and chemotherapy but he sadly died just a year after being diagnosed. Dave had to take this case all the way to court before the Trust involved would agree a compensation settlement of £155,000 in damages.

Mrs Mary Steele, said: “Excellent legal service. The attention given to the family could not have been better at this difficult time. It was like having a family friend in Dave Fisher.”

Ailsa Cummings, said: “On behalf of mum and myself, please accept our sincere thanks and gratitude for the way you handled Bill’s mesothelioma claim. From our first meeting shortly after Bill’s diagnosis you bonded with Bill over your mutual love of golf. We never felt like just clients, you became a trusted friend who fought our corner with integrity and dignity.

"Bill faced mesothelioma with old school quiet dignity. His main concern was always mum’s welfare when he would no longer be around to care for her. We will never forget that you made a 100-mile trip to visit Bill when you learned that he only had days to live. You reassured him that you were doing everything possible to secure his wife’s financial future. I can’t tell you how much that visit meant to Bill. You are without doubt a remarkable gentleman Dave. It was a privilege to have you by our side as we faced mesothelioma. I know Bill would have been astounded at the outcome of his claim against his former employers.”