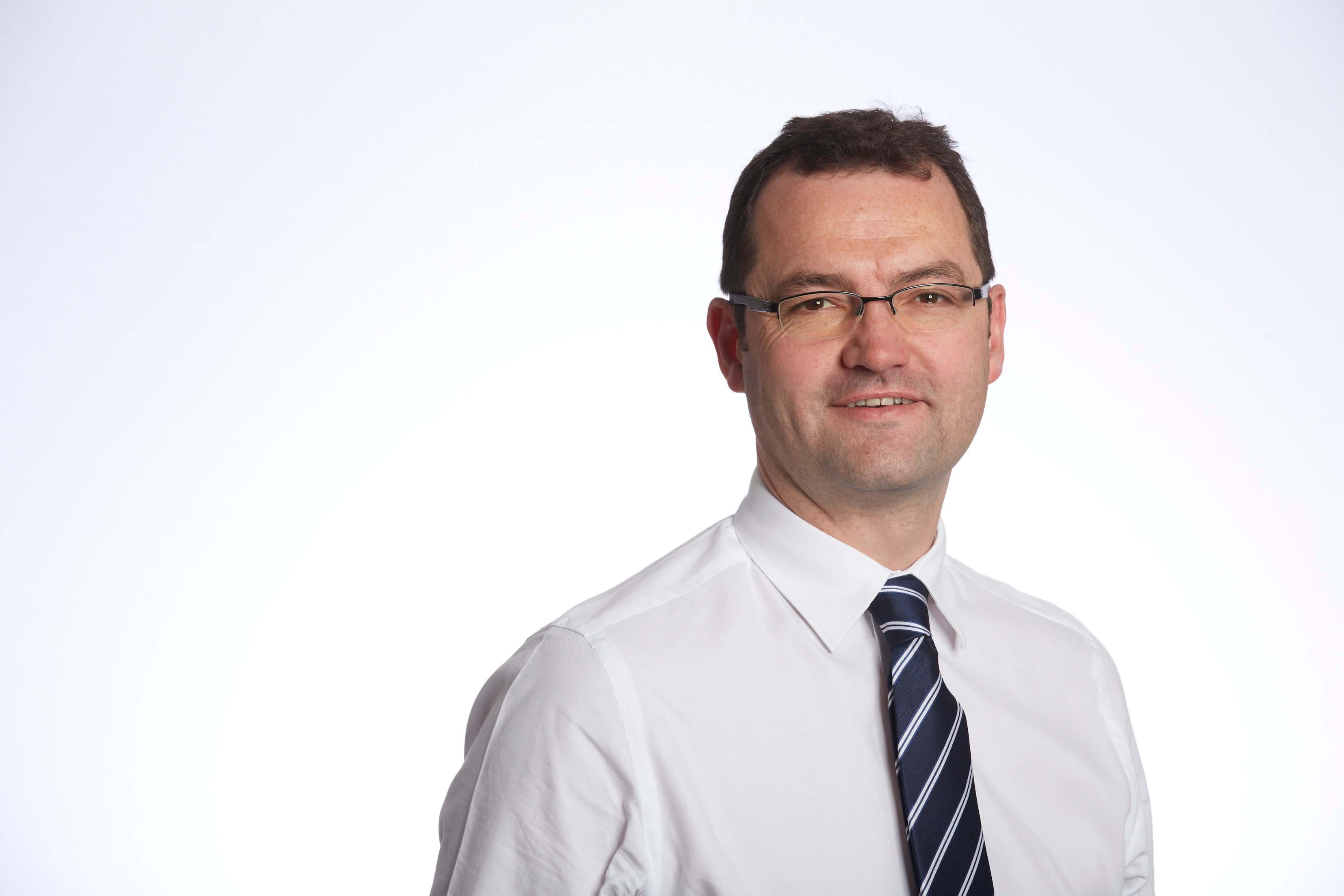 Martyn Gwyther is a highly experienced solicitor specialising in accidents abroad, managing claims that have arisen as a result of accidents or illness overseas. He is head of the overseas accident claims team and is based in Thompsons Solicitors’ Manchester office, although he covers most of the UK.

Martyn has vast experience in helping people who have had catastrophic and life-changing injuries, such as brain injuries, spinal injuries, amputations and serious burns, both in England, and overseas.

His specialism includes representing clients who have been the victims of accidents in England or Wales but where there is a “cross-border” element, for example where one or more of the defendants lives or is registered overseas. He is familiar with a broad range of cross border disputes that can arise in these circumstances; including arguments about jurisdiction and applicable law. He deals with accidents that have happened overseas, but where it is possible to continue a claim in England and Wales.

Martyn’s main aim is to provide access to justice for the injured party which will typically include securing rehabilitation for the person affected at the insurer or defendant’s cost before obtaining an appropriate award of compensation for the injuries suffered.

He is focused on delivering access to justice as quickly as possible without sacrificing the quality of the investigations required to fully appraise the claim.

Martyn has a reputation for using his strong negotiation skills to obtain the best outcome for each of his clients and securing the maximum compensation to which they are entitled. He is also known for his attention to detail. This has proven critical when compiling cases that cover complex areas of the law, such as serious injury claims, as well as cross-border legal disputes that can arise when bringing compensation claims for accidents abroad.

Martyn says some of the most rewarding features of his role at Thompsons are the relationships developed with seriously injured clients and witnessing the improvements that can be made through a multi-disciplinary approach to rehabilitation funded by insurers or defendants as part of the claim.

Martyn secured almost a million pounds in compensation for a Unite member who suffered severe and life-changing injuries as a result of an incident at work at Babcocks DSG Limited. The UNITE member was struck by a stacker truck and suffered multiple injuries including damage to several internal organs. His left arm was amputated at just below shoulder level as a result of the accident. Thompsons successfully resisted a claim by the company that the UNITE member was partly at fault and the compensation was settled at a joint settlement meeting on the basis that the employers were fully responsible.

A UNISON member, who worked at Shelton Hospital, part of the South Staffordshire & Shropshire NHS Foundation Trust suffered physical and severe psychological injuries as a result of two assaults by the same NHS patient within a few months of each another.  It was accepted by the trust that there had been breaches of the duty of care in relation to the risks posed by the patient. The psychological injuries, consisting of post-traumatic stress disorder, were so serious that the male UNISON member needed extensive therapy and mental health care. Eventually he was sectioned under the Mental Health Act. Despite the best endeavours of practitioners, tragically the UNISON member was unable to cope with the extent of his injuries and took his own life while he was an in-patient at a mental health institution. His next of kin pursued claims and Thompsons Solicitors and Martyn Gwyther were able to establish at a coroner’s inquest that the two assaults materially contributed towards the death of the UNISON member. As a result his beneficiaries received compensation of £400,000.

A holidaymaker suffered a dislocated shoulder, a torn hamstring and post-traumatic stress disorder after falling head first down a flight of temporary stairs while boarding a flight. After a firm of ‘no win, no fee’ lawyers refused to take the case, Martyn made a claim on the client’s behalf under the Montreal Convention, which covers accidents during international carriage by air, and settled out of court for £28,000.

Martyn acted for a 55 year old woman who suffered multiple injuries in a road traffic accident in Portugal, and secured £43,000 compensation by order of the Central London County Court. While the accident took place in Portugal, the claimant, a UNISON member, brought her claim for compensation against the German insurer of the driver that was responsible for causing the accident and was allowed to pursue it in England as a result of a previous European Court decision. The case was also complicated by the fact that Portuguese law was used to identify the types of compensation that the injured party was entitled to, including cover for physical and psychological injuries and financial loss. Once the court accepted that the same losses would have been recoverable under Portuguese law, then English law was used to quantify the value of those losses.

A PCS member who worked in the British Embassy in Washington DC suffered a fractured wrist whilst at work. The accident happened during refurbishment conducted by external contractors

The British Government argued that US law applied which would have strictly limited any compensation due to the client.

However in a ground-breaking decision at a preliminary hearing at Swindon County Court, the Judge found that Mr Callow was free to pursue his claim under the law of England and Wales.

A client who worked for Stoke on Trent County Council suffered life-changing injuries as a result of slipping and falling at work. Martyn secured a substantial sum of damages for his client to compensate for the fact that he could no longer work and required care and assistance with day-to-day activities.

Another of Martyn’s clients suffered significant traumatic injuries to his right, dominant arm as a result of an accident at work. The injuries were so significant that the NHS medical team were concerned that they might have to amputate the arm below the elbow. Owing to a swift claim and engagement in the rehabilitation process, Martyn secured funding for a second medical opinion from an expert who specialised in bone graft operations. As a result of successful surgical intervention, paid for by the employer’s insurers, the amputation was narrowly avoided.

A 72-year-old motorcyclist sustained severe injuries and had to have his leg amputed after being knocked off his motorbike by a US motorist while watching the TT races on the Isle of Man. Andrew Ellis, a 72-year-old from Scarborough, was thrown several metres down the road with the motorbike landing on top of him.

The insurer of the negligent driver claimed that Mr Ellis’s case could only be tried on the Isle of Man, thus limiting the amount of damages payable. But Martyn knew that the residential address of the driver meant that it could be run in America. He secured the agreement of a leading American law firm that they would seek to pursue the claim in the motorist’s home state of Massachusetts. Martyn was therefore able to secure approximately double the compensation than would have been possible under Manx law.

Chambers & Partners: “Martyn Gwyther deals with a broad range of work-related accident claims. Sources describe him as "incredibly thorough and very experienced." Others highlight his ability to handle cases involving multiple jurisdictions as a key strength and praise his vast knowledge of travel law.”

Jenny Smith, a member of NASUWT says: “Thompsons Solicitors and, in particular Martyn Gwyther, have been extremely supportive during the trying times that my son and I have faced over the last several years.   The loss of my husband in a road traffic accident on the 23 February 2013, was a massive blow to say the least; but the thought of pursuing a claim against a Polish insurer may not have occurred to me if it had not been for the advice that I received from Thompsons Solicitors, funded by NASUWT. They took time to explain the claim process in simple terms and kept me fully informed about case progression.  No sum of money could adequately compensate Edward for the loss of his father, or me for the loss of my husband.   However, Martyn Gwyther was able to secure six-figure compensation that provides Edward and I with financial security; which seemed a long way off when the Polish insurer originally offered just £11,800 in full settlement.    Edward and I are now looking to the future with optimism, which was something that seemed almost impossible from the outset.”

Christine Berry, a member of UNISON, says: “As a family the last four or five years have been very difficult time with a roller coaster of emotions but were supported by Thompsons and in particular by Martyn Gwyther. He explained from the beginning that any compensation was predominantly based upon the loss that his dependents suffered and could not truly make up for the loss of our beloved son.   We appreciated his frankness and the excellent negotiation that was carried out on our behalf.”

The Legal 500: "Martyn Gwyther is a really capable and safe pair of hands. He has broad-ranging experience of personal injury and is very dedicated to getting the right result for his clients. He has considerable experience of foreign claims across the range of different types of foreign accident scenario."