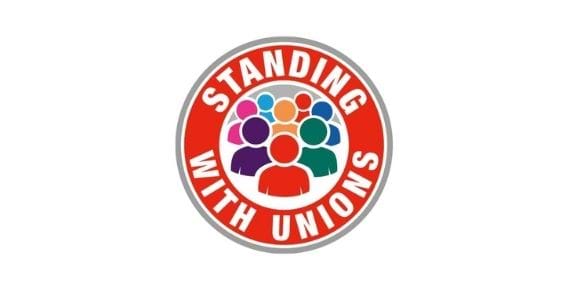 Our rights at work are being threatened by the Tory government in a way we have not seen in decades.

Whether it’s new legislation to allow agency staff to replace striking workers or increasing the amount of damages that may be awarded against a trade union, the Tories continue to implement some of the most restrictive anti-union laws in Europe.

Legislation announced in September 2022 threatens employment rights that have protected workers during the last 50 years. The Retained EU Law (Revocation and Reform) Bill proposes that all direct EU legislation implemented in the UK, as well as EU-derived law is to be revoked automatically from the end of 2023 – unless saved or ‘re-stated’ at the election of Ministers.

The government’s regulation-cutting agenda prioritises profit over safety and the pay of employees. Trade unions are at the sharp end of the response to this attack and, we at Thompsons, stand in solidarity with them and their members.

We are proud to be the trade union law firm of choice to the majority of the UK’s trade unions.

We have been advising the trade union for the last 100 years and we know that strike action is always the last resort. We also know that Tory governments, sometimes in coalition, have always resisted advancing workers’ rights and sought to roll them back at every opportunity.

We are proud to work in collaboration with trade unions, standing up to governments that don’t care and to poor employers.

Here are five reasons to join a trade union:

To ensure you and your family are protected if you suffer an accident at work, on the roads or even on holiday, find out more about joining a trade union here.

We have stood shoulder-to-shoulder with trade unions in every major struggle, using a century of specialist legal experience to:

Some of our biggest wins for workers The work so far

We have played our part working in partnership with unions to win landmark cases that have advanced protections for workers and resulted in some of the basic rights we may now take for granted including:

Take a look through our timeline

The Conservative government’s response to strike action has been one of trademark hostility. Rather than seeking to work collaboratively with trade unions to achieve a satisfactory outcome the government has stood back and sought to play a blame game.

The answer to workers suffering from a cost-of-living crisis is not to restrict or ignore rights contained in international treaties or to ignore the scandal of unlimited zero hours contracts or unethical ‘fire and rehire’ tactics, or to encourage the bypassing of collective bargaining rights.

If the Retained EU Law (Revocation and Reform) Bill is enacted, it will put at risk a number of hard-won workplace rights including Working Time Regulations, paid annual leave, parental leave, and health and safety protections.

Furthermore, TUPE Regulations that protect thousands of workers each year when they are being transferred from one employer to another, or from one service provider to another, are also under threat if this bill becomes UK law.

Thompsons are responsible for expanding the frontiers of labour law and are the go-to firm for virtually all of the trade unions.

Discover how Thompsons can help you

As a member of one of our partner unions, you’re entitled to free legal advice and support for accidents and injuries, serious injuries, industrial diseases and more.

Hear from our trade union lawyers