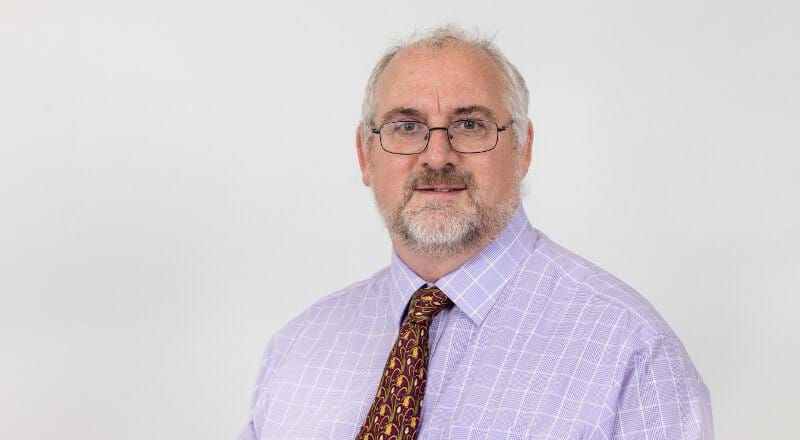 Ian is part of Thompsons Solicitors’ industrial disease team, based in Bristol.

With nearly three decades of legal experience, Ian works on complex cases, which often include those related to orthopaedic injury, consequential psychiatric injury and disease.

Capable and experienced, Ian specialises in claims arising in the workplace and, in particular, those that occur at sea. He has a track record of dealing with cases where complex issues of liability have to be decided, and Thompsons’ clients suffering from an industrial injury or disease can rely on him for forensic and thorough representation.

Having developed close links with trade unions throughout his career, efficiently guiding work-related claims through the legal process while maintaining a focus on securing the best possible result is second nature to Ian.

For Ian, working with trade unions and their members is the best thing about working at Thompsons.

When he’s not working, Ian enjoys mountain walking and spending time with his two children.

Ian is a member of Association of Personal Injury Lawyers (APIL).

Ian Cross is ‘phenomenally experienced’ and ‘a very good lawyer’ in the personal injury space. He offers specialist expertise in industrial disease cases.

An excellent lawyer who is technically very able and has a vast amount of experience. He regularly handles employers' and public liability claims related to serious injuries including spinal and respiratory issues.

I am extremely grateful to my solicitor Ian Cross. I would like to sincerely thank him very much for all the hard work, time and effort he has put into my case. I strongly believe that his advice was very useful for making the correct decision.

Just a short note to let you know that I have received your letter regarding the compensation. I am delighted it has been finalised and would like to thank you for your tireless efforts in getting me to this point. I really do appreciate your hard work, experience and skills. I couldn’t have done it without you. If you need a testimonial, I would be happy to furnish you with one. Once again, thank you so much, it’s great news.

I’d like to take the opportunity to thank you for your work over the last 12 months leading to the success of the claim, I appreciate what you have done very much.

I would recommend Thompsons Solicitors, as the case which they have just finished on my behalf was an extremely sensitive one. Mr Cross at the Bristol office listened to me and acted in a very compassionate way, I cannot praise the company enough.