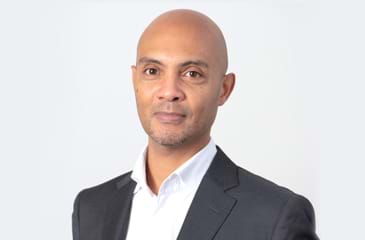 Brian is the unit manager of Thompsons Solicitors’ busy employment rights team, based in London.

Responsible for the management and supervision of a team of 13 employment rights lawyers and support staff, Brian has specialised in employment law since 2000, successfully acting for trade unions and their members. As a unit manager, Brian has financial management responsibility and works with key stakeholders, such as trade unions, to constantly improve and deliver a quality service with the best possible legal advice.

Brian’s specialisms include issues arising out of the TUPE (Transfer of Undertaking Protection of Employment)regulations, discrimination and collective bargaining agreements. With vast experience of employment tribunal processes and procedures, Brian makes sure that clients feel calm and comfortable throughout the whole case.

As a result of his expertise, Brian is called upon to give talks and lectures on employment law to clients, both at events organised by Thompsons and by trade unions. Additionally, Brian writes articles and commentary on employment law for Thompsons’ own publications, including Labour and European Law Review.

Brian values the opportunity that working at Thompsons gives him to work alongside like-minded colleagues, using the law to protect and further the rights and interests of working people. Achieving a successful conclusion for a client, whose rights have been infringed, and helping to maintain and further the importance and influence of the trade union movement, is what makes the job incredibly rewarding for Brian.

Brian is a member of the Industrial Law Society.

I cannot thank you enough for all the support and advice that you have given to me. You have always been realistic and had a balanced view of everything you have done for me. When I was frustrated about the whole process you always maintained calm and remained professional. I really appreciate all your help and I am grateful to have you as my solicitor.

Well done, this is an important victory for us in the Legal Team.

Thompsons has a strong hold on trade union instructions, delivering strategic employment law advice to UNISON, Unite and the RMT.