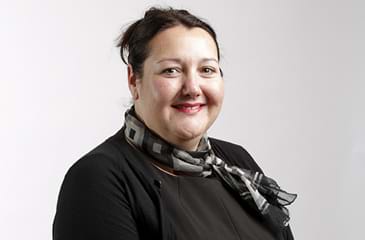 Having joined Thompsons in 2004, Amanda has since become a partner of the firm and splits her time between the Cardiff and Llanelli offices. She specialises in representing clients with the fatal mesothelioma cancer contracted after exposure to asbestos, sometimes stretching back 30 or 40 years.

She regularly deals with complex cases, often representing women who have developed mesothelioma after coming into contact with asbestos when handling their male relatives’ working clothes.

Amanda has an extensive working knowledge of the main workplaces where asbestos was used and has successfully represented hundreds of people who have developed an asbestos-related disease.

She takes pride in keeping in close contact with her clients and building a relationship with families during a difficult time. She has secured a large number of settlements and regularly receives positive feedback from her clients, many of whom say how sensitively and efficiently she has dealt with their claim.

During her spare time she is actively involved in the trade union and labour movement and enjoys watching rugby union. She has two sons and is a governor of Coedcae Comprehensive School.

Amanda was shortlisted for 'Claimant Lawyer of the Year' in the 13th Personal Injury Awards by Claims Media.

Amanda has been a member of the Association of Personal Injury Lawyers since 1999.

The exceptional Amanda Jones has developed a very strong reputation assisting clients throughout Wales and South West of England (including those who have developed respiratory illness through secondary exposure) in asbestos-related diseases and 'guides clients through the often difficult process of litigation with ease'.

Thank you. We appreciate all you have done for mam and dad. We are so happy that you got to meet dad and understand the person who we loved dearly, and shaped our lives. With our love and thanks.

Dear Amanda, these flowers are a small measure of our appreciation. We cannot thank you enough for all your time, effort, knowledge and kindness that you put into our mum’s case. We will be forever grateful of the outcome and thankful that we can now move on from what has been a stressful time.

The 'responsive and approachable' team at Thompsons Solicitors LLP derives most of its claimant personal injury work as a result of its deeply embedded union ties. The team benefits from 'experienced solicitors in a wide range of fields with expertise spanning many years', including the 'excellent' Amanda Jones, who manages the asbestos sub-group.

Just would like to say thank you very much to Amanda Jones for all her hard work through the case. It is greatly appreciated by my mother and myself.

Many thanks for the sympathy and understanding through such a difficult time.

It would be honest to say that Matthew had his misgivings about proceeding with the claim, but as soon as he met Amanda he let these go, and put his trust in her entirely. I have nothing but praise for Amanda's professionalism, patience and her consideration, this is echoed by the rest of the family. This isn't about her knowledge of the law, nor the success of the claim, this is about how she treated Matthew, and her consideration for how he is handling his diagnosis. At every stage Amanda treated Matthew with empathy and com-passion, and did everything in her power to make the process as simple as possible. Your support, wisdom and patience means a great deal.

Read more from our asbestos team: