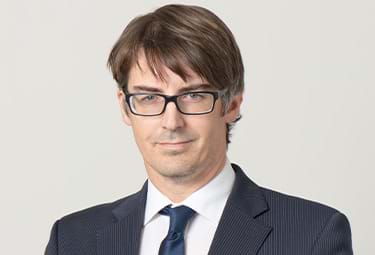 Daniel is a very experienced personal injury solicitor who has been qualified for over 18 years, throughout which time he has specialised in personal injury law and in claims for industrial disease. Daniel is based in Thompsons' Dagenham office, but also supervises a team of lawyers specialising in industrial disease claims across the firm’s London and Eastern offices. He is the firm's national coordinator for Covid claims.

Daniel has particular expertise in industrial disease claims, including claims arising from Hand Arm Vibration Syndrome, noise-induced hearing loss, work-related stress and claims under the Control of Substances Hazardous to Health Regulations. His caseload is typically high-value and complex claims, including those involving chronic pain.

Daniel appreciates the difference the claims he pursues can make in terms of both the effect on an individual client’s life but also, working for Thompsons, the chance to assist trade unions in improving health and safety in the workplace.

Outside work, Daniel enjoys the cinema, foreign travel and, when not spending time with his children, an occasional game of golf.

Dan Poet was amazing with my case. He was so calm, patient and knowledgeable over the years, with great communication. I had a great experience and a very good outcome. I would definitely recommend Thompsons.