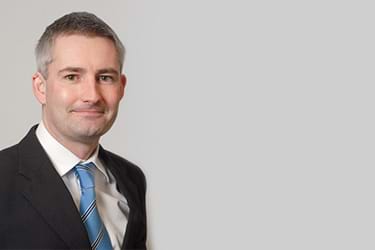 Neil represents clients from throughout the East Midlands and East Anglia who have been injured by asbestos and also frequently works for the families of victims of asbestos who have sadly died of their illnesses.

Neil also works closely with local asbestos support groups such as the Derbyshire Asbestos Support Team and Asbestos Support West Midlands.  He always strives to recover the maximum amount of compensation for his clients in the shortest possible time.

Below, you will find just a small selection of some of the asbestos compensation claims Neil has dealt with in Thompsons Solicitors' Nottingham office.

Neil's client in this case was the widow of a man who died whilst still in his 50's.  He had endured many painful tests and procedures before being diagnosed with mesothelioma and contacting Thompsons Solicitors.

Sadly, he died before Neil was able to recover his compensation as delays were caused by one of his former employers' insurers refusing to admit liability for negligently exposing the man to asbestos.

They did eventually admit liability and Neil recovered almost a quarter of a million pounds for the man's widow which took into account his young age at the time of his death.

In this case Neil's client was the widow of a joiner who died of mesothelioma after being negligently exposed to asbestos by his employers years before.  He had worked on many different construction sites throughout the 1970's and 1980's where he was exposed to asbestos dust by work taking place without appropriate protection.

He had not felt up to making the claim during his lifetime so his wife contacted Thompsons after his death.

Neil recovered over £140,000 compensation for his widow which provided some financial security for her without her husband.

Neil is a member of The Association of Personal Injury Lawyers (APIL).