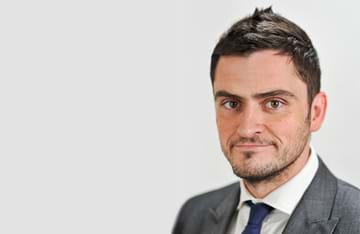 Craig is a member of the professional misconduct and criminal law team based in Thompsons Solicitors’ Newcastle office, which covers the North East, Cumbria and North Yorkshire.

Having qualified in 2007, Craig is engaged in three main areas of work. The majority of his caseload is made up of criminal law matters. This often involves providing advice and representation to clients at the police station, magistrates court and the crown court. Craig also advises on the prospects of appeal against both conviction and sentence to the Court of Appeal Criminal Division. Most of the criminal cases he deals with involve defendants who are professional people. He has significant experience defending those accused of historic sexual offending, misconduct in public office and serious physical assaults.

Craig also specialises in inquest law, which involves providing advice and representation to clients at coroners’ inquests. This work is undertaken primarily on behalf of the Prison Officers Association following a death in custody.

Craig has significant experience in the field of public law, including challenges by way of judicial review to Disclosure and Barring Service Certificates. Finally, he has experience of actions against the police. Specifically, he has successfully challenged unlawful arrests as well as decisions by chief constables in relation to adverse entries on Disclosure and Barring Service Enhanced Certificates. This area of work requires a sound knowledge of the European Convention on Human Rights.

Client care is extremely important to Craig and he always takes time to listen carefully to his clients before providing clear advice. For those who assert their innocence, Craig strives to achieve an acquittal by securing and examining all relevant evidence to ensure the strongest possible case is presented to the court. Where a client accepts culpability, Craig provides robust mitigation in an effort to secure the best possible outcome.

Craig is committed to defending professionals who are, more often than not, experiencing the criminal justice system for the first time. He is acutely aware that his clients require significant support when faced with allegations which have the potential to deprive them of their liberty, career, home and family.

He particularly enjoys working for Thompsons because of its commitment to the trade union movement. Craig believes that the support of a union can be vital in ensuring that working people accused of criminal offences are able to put forward their strongest possible case, especially given the reduction in legal aid and access to justice.

In his spare time, Craig is a volunteer football coach at a local club and is an avid Newcastle United supporter.

I would like to take this opportunity to express my sincere thanks to Mr Hunn. His expert knowledge, patience, tenacity and skill are commendable and I would like to thank him for all his efforts on my behalf during what has been a challenging few months. I firmly believe that his preparation for the case and his attitude towards the court, colleagues and witnesses contributed to a dignified ending to my case. I could not have wished for better representation.

I just wanted to thank you for help and support during the case. I am very pleased with your efforts and delighted with the outcome.