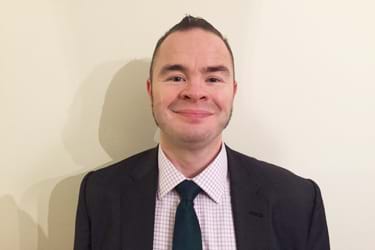 A member of the employment rights unit based in Thompsons NI office in Belfast, George carries a mixed case load.

This includes running the multiple NHS equal pay cases that started in 2006, following the introduction of Agenda for Change.

He studied law at Queen’s University Belfast and joined Thompsons NI in 2002 as a trainee solicitor. He obtained a Postgraduate Diploma in Professional Legal Studies and qualified as a solicitor in 2004.

He wrote a chapter on disability discrimination for the Committee on the Administration of Justice handbook in 2002, which he has just updated.

George has also drafted responses to government White Papers on disability discrimination and was involved in the development of the Part 3 Disability Discrimination Act 1995, Northern Ireland Code of Practice, which provides guidance in relation to the duties on service providers.

George is a member of the Employment Lawyers Group of Northern Ireland.

George Kilpatrick has extensive experience representing claimants in a range of cases, including wage disputes and unfair dismissal claims. Sources say he is "a really technically excellent lawyer".