The incident occured at a level crossing in Kent

Network Rail has today [13 December 2018] been fined £200,000 at Maidstone Crown Court following a prosecution by the Office of Rail and Road (ORR) after an employee was left with a critical brain injury following a road traffic accident.

The ORR prosecuted Network Rail for contravening the Management of Health and Safety at Work Regulations, and they will now be required to pay out £200,000, plus a cost order of almost £87,000.

The fine has been issued following a serious incident on 24 April 2015, when Signaller and Network Rail employee of 12 years Douglas Caddell was working at a level crossing at East Farleigh in Kent.

Mr Caddell was required to manually direct traffic at the rail crossing – without any warning alarm system – when he was struck by a vehicle that failed to stop. The impact of the collision left him with a fractured neck which required surgery, and a brain injury.

Grandfather of eight Mr Caddell had previously warned that there were incidents of vehicles swerving across the rail tracks as signallers tried to close the gates.

The RMT union and road traffic accident specialists Thompsons Solicitors are now supporting Mr Caddell pursue a civil claim for damages against both Network Rail and the insurer of the driver. 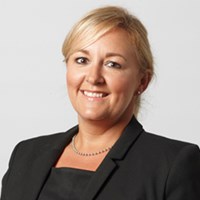 The criminal charges and the heavy financial penalty should serve as a stark warning to all rail employers that health and safety regulations for their workers are not optional, they are life-saving.

Mr Caddell said: “This has been a very difficult time for me – the accident has left me unable to do everyday tasks like forward planning and I have had to leave my job as a signalman.

“I received help from Headway, the brain injury association – the staff at my local branch were really helpful and I’m grateful for their support so far alongside the RMT and my solicitor at Thompsons.”

Nicola Saunders, serious injury Lawyer at Thompsons Solicitors, said: “Network Rail had been warned about near misses at the crossing but failed to appropriately assess and appreciate the risk to staff, exposing Mr Caddell to a serious risk of injury. Mr Caddell suffered significant life changing injuries, which he continues to suffer from while he tries to rebuild his life.

“The criminal charges and the heavy financial penalty should serve as a stark warning to all rail employers that health and safety regulations for their workers are not optional, they are life-saving.  Drivers should also be aware that the court was critical of those drivers who attempt to jump the crossing, exposing staff to serious injuries.”