No prison officer should ever feel unsafe while going about routine tasks. Unfortunately, however, as official statistics show, the rate of assaults on staff in prisons continues to rise at an alarming rate.

According to the most recent figures, there were 6,844 assaults on prison staff in 2016, a rate of 80 per 1,000 prisoners. This is a rise of 38 per cent on 2015 - completely unacceptable, but sadly hardly surprising given that the last government oversaw a record of continued under-investment in the prison service. While the number of prisoners has risen in the last few years, the number of prison staff has continued to fall.

According to the Howard League, the number of frontline prison staff fell in 2016 to 14,689. This is only 29 more officers than there were in 2014 which, following a sharp rise in the number of assaults and suicides in prisons, led the Ministry of Justice to announce a recruitment drive. The statistics show that this is failing - in 2016 there was a leaving rate of 9% among frontline staff. With the rate of assaults rising, the new Conservative government needs to act quickly and decisively if it is really committed to making the prison service a place that people want to build their careers in. 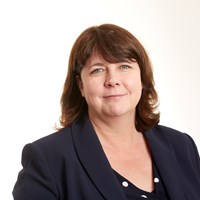 With the rate of assaults rising, the new Conservative government needs to act quickly and decisively if it is really committed to making the prison service a place that people want to build their careers in.

It is clear to everyone in the prison service that if the number of prisoners rises and the number of staff looking after them falls, officers are being put in more danger.

Peter Mitchell was working at HMP Winson Green in Birmingham, supervising in the gym, when he was suddenly, without warning or provocation, punched in the face by one of the inmates. This led to Peter suffering from post-traumatic stress disorder and an anxiety disorder which had a severe effect on his mental wellbeing.

He contacted Thompsons Solicitors to investigate a claim for compensation and we were able to show that the prisoner who attacked Peter had attacked officers on previous occasions and should not have been allowed to return to HMP Winson Green. Peter was awarded a four-figure sum in damages.

Peter’s incident occurred before last year’s important landmark ruling in the High Court, secured by the POA and Thompsons, which means that prisoners should be prosecuted for violence committed against officers, even when there is no threat to the wider public. The High Court recognised that it is simply not acceptable that the only punishment for committing a serious assault on a prison officer is that the inmate is moved to a higher category prison.