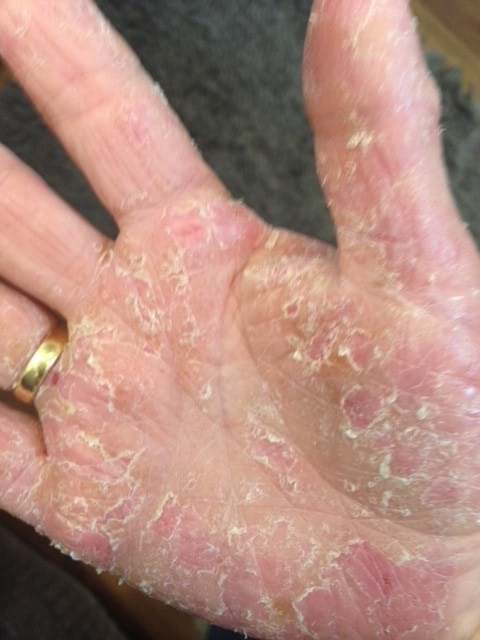 Susan Robinson contacted her union, the BFAWU, and our industrial disease specialists after developing a painful skin condition as a result of her work.

The 59-year-old grandmother, from Wakefield, worked at a factory that supplies baked goods for major UK supermarkets.
Her role was on the production line for frozen mince-pies. She would have to wash her hands regularly throughout the day but, despite her requests, her employer would not provide her with personal protective equipment (PPE).

After a few months in the role and because of the constant hand washing, Susan started to suffer from severe blistering and bleeding on her hands. Her employer did not address her concerns so she contacted her union.

The BFAWU and Thompsons Solicitors supported her in a legal claim, securing a £50,000 settlement.

Sadly, Susan was later made redundant due to a fire at the factory and when she applied for a role in the firm’s Bradford factory, she was unsuccessful as a result of her injuries.

She said: “My solicitor was so supportive. If the process ever got me down, she was the person I knew I could talk to. She kept me going.”

Clare Timmins, from Thompsons, acted on behalf of Mrs Robinson and added: “Of course, it’s imperative that high hygiene standards are maintained, but it should never be at the cost of an employee’s health. Her employer could have, and should have, responded to this by taking Susan off the line as soon as she began to report symptoms and given her other duties until they could support her safe return to the line. However, because she was a good worker, they kept her working even though they knew it could be harming her. This is yet another example of how employers who cut corners can really endanger the health and well-being of their employees.

“Mrs Robinson never wanted to go through the pain and suffering and the fact that she was made redundant, specifically because she was pursuing the claim from an injury they caused, is shocking.”