Standing with unions during the Tolpuddle Martyrs Festival

Following three years of pay cuts, a group of six 19th century Dorset farm labourers, led by George Loveless, took a secret oath to form one of the earliest trade unions and fight their cause.

There was a huge uprising from working class people across Britain when the six were convicted and sentenced to penal transportation to Australia and after three years of protests and campaigning, the men who came to be known as the Tolpuddle Martyrs were returned with full pardons. 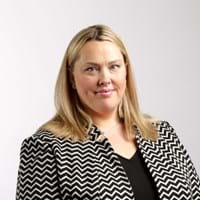 “We are honoured to be able to recognise the personal sacrifice of six men who formed one of the earliest trade unions, fighting unfair working conditions and poor pay."

Perhaps unsurprisingly the programme will focus on the COVID-19 pandemic and its devastating impact on working people. It will ask questions such as why NHS workers were given a derisory 1 per cent pay rise whilst the government got away with awarding lucrative contracts to their mates for providing sub-standard solutions like track and trace or why the welfare of care workers was ignored as infection rates soared in care homes.

The pressures of this past year along with the ever-present background threat of rights being dismantled now that the moderating influence of membership of the EU has been removed by Brexit, has shone a spotlight on the day to day struggles of working people, and how precarious working conditions serve the interests of big business at the expense of workers. It is now clearer than ever that many key workers have long been taken for granted, and the vaccine rollout has shown not only how vital they are but how services are best delivered in the public interest by the public sector rather than by the mates of Tory ministers.

And whilst this year we cannot come together in person we know how important it is that we continue to stand shoulder-to-shoulder and to fight injustice where we find it, just as the Tolpuddle Six martyrs did before us.

Catherine Cladingbowl, regional manager for Wales and South West at Thompsons Solicitors, said: “Workers in the UK need their unions now more than ever. As unscrupulous, profit-making employers use the COVID-19 crisis to fire and rehire staff on worse terms, and the lip service that has been paid to health and safety by too many has been exposed the six million union members across the UK have come to appreciate that it’s only the union movement which ensures workplace safety, fair pay and conditions and equal treatment. Now more than ever people have come to appreciate that when things go wrong for them their voice will be heard because they are a part of a union.

“We are honoured to be able to recognise the personal sacrifice of six men who formed one of the earliest trade unions, fighting unfair working conditions and poor pay.

“The Martyrs stood up for the basic rights of all workers. For over a century now at Thompsons we’ve been proud to work shoulder to shoulder with trade unions and the labour movement to ensure that mistreated workers have a strong and effective collective voice and the rights and interests of working people are not ignored.”