Employment tribunal success for senior lecturer who was unfairly dismissed

A university lecturer from Yorkshire has won an employment tribunal, which found he was unfairly dismissed while working for the University of Huddersfield.

Jonathan Duxbury, 57, was successful at Leeds Employment Tribunal earlier this afternoon, after a multi-year legal battle following the university bringing in new rules which had an unfair impact on him. 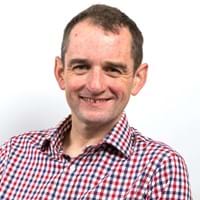 Thankfully he was a member of the UCU, meaning we could work together to fight his corner and win this case, sending out a clear message that poor treatment of staff must not – and will not - be tolerated.

The Brighouse man began working for the university in July 2005 as a senior lecturer in the Department of Accounting, Finance and Economics. While he did not hold a PhD, Mr Duxbury has a professional qualification in accountancy and is a fellow of the Association of Chartered Certified Accountants.

In July 2013, Mr Duxbury was informed that he would need a PhD to continue teaching at his level – despite his role never requiring one before. He enrolled for a PhD the following year but informed his employer of concerns that the heavy workload would not be possible alongside his work commitments, and that it would have a negative impact on his mental health, as he had suffered from stress.

“It made no sense,” he said. “The students had always been happy with my teaching and I saw no benefit for anyone in me taking on such an onerous course, especially when – as I am in my 50s – it was going to have little standing on my future career prospects.”

Despite this, his employer continued to push ahead with the plans, which exacerbated Mr Duxbury’s mental health condition. After several disciplinary meetings, his employer sacked him.

He turned to his union, the UCU, as well as social justice law firm, Thompsons Solicitors, to take the case to employment tribunal, and today’s judgment confirmed he was unfairly dismissed.
A separate remedy hearing will be arranged to agree a settlement for Mr Duxbury.

Mr Duxbury continued: “I’ve managed to get a job lecturing part-time at another university and I feel my confidence is starting to improve again. But for years, I was subject to a number of demoralising disciplinary procedures that stemmed solely from me raising what was a legitimate issue.

“I’m grateful that, with the help of the UCU, Thompsons Solicitors and my barrister Sue Sleeman, I’ve been able to put this to bed. I just hope those involved at the university now understand and learn from their mistakes so something similar doesn’t happen to anyone else.”

Iain Birrell, a trade union law specialist at Thompsons Solicitors, added: “This judgment is vindication for Mr Duxbury. An issue that could have been resolved with a reasonable concession from his employer when he first raised concerns in 2014 ended up becoming a battle of attrition that benefitted no one. The judge in the hearing said herself that Mr Duxbury had acted with integrity, while the university had been “wholly unreasonable” with a “closed mind” to Mr Duxbury’s reasonable expectation that his health would be considered and measures put in place to protect it. In addition, the judge agreed that the university’s claims that the PhD course wouldn’t invade his personal time were at complete odds with the reality faced by Mr Duxbury and many of his colleagues.

“Thankfully he was a member of the UCU, meaning we could work together to fight his corner and win this case, sending out a clear message that poor treatment of staff must not – and will not - be tolerated.”