A number of leading figures from unions, business and community organisations will join together today (Monday 13 January) to call for new rights for workers to end exploitation through zero-hours contracts.

The 'Zero in on Zero Hours’ event, organised by the TUC and supported by Thompsons Solicitors, will urge the UK to follow Ireland’s example and ban zero-hours contracts and strengthen rights for those working insecure or variable hours. 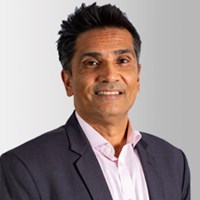 We are proud to support the TUC and the trade union movement’s calls to ban zero-hours contracts and send a clear message to unscrupulous employers that these exploitative working practices cannot continue.

It will be chaired by Daily Mirror journalist Ros Wynne-Jones, with speakers including:

Frances O’Grady, general secretary of the TUC, said: “The government has promised new laws on workers’ rights. But the current proposals for a ‘right to request’ predictable hours will achieve nothing. Ireland has shown the way by banning zero-hours contracts. Britain must do the same.

“This isn’t just about doing the right thing for working people. It’s about supporting good employers too. It’s not fair if bad employers undercut them with business models based on the exploitation of workers.”

A TUC report in 2017 found that a high number of zero-hours contract workers failed to receive basic rights from their employers. For example, 80 per cent of respondents said they do not receive sick pay from their employer, despite many acknowledging they feel it is an important right to have. The report also revealed many people do not take zero-hours contracts by choice - 43 per cent stated there wasn’t an alternative available.

Rakesh Patel, head of employment rights strategy at Thompsons Solicitors, added: “With almost 900,000 people working on a zero-hours contract – four times that of 20 years ago – it’s time for the government to move past vague promises to “end low pay” and ensure that all UK workers are given the basic rights and job security to live a normal life. We are proud to support the TUC and the trade union movement’s calls to ban zero-hours contracts and send a clear message to unscrupulous employers that these exploitative working practices cannot continue.”

The event will take place at 6.30pm at Congress House in London. For more information about the event or to attend, visit the Eventbrite page: https://www.eventbrite.co.uk/e/zero-in-on-zero-hours-tickets-86788204857