Commission has back-tracked on its commitment to social dialogue

Represented by Thompsons Solicitors for the first time, the European Federation of Public Service Unions (EPSU) is taking the European Commission to the EU General Court. The case concerns the Commission’s failure to make a proposal for a Directive on information and consultation rights for workers in central government administrations to the European Council following an agreement between workers’ and employers’ representatives at EU level.

In March 2015, the European Commission announced a new dawn for social dialogue, as President Junker announced a new process to involve social partners in EU policy and lawmaking. 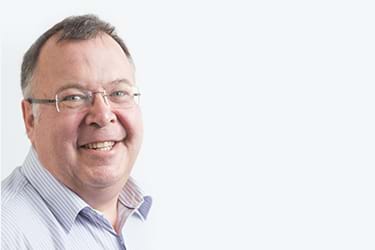 "The Commission has failed to respect the autonomy of the social partners, which is specifically protected in the EU Treaties."

Following a consultation by the Commission and formal negotiations within the EU Social Dialogue Committee for Central Government Administrations, EPSU and the European Confederation of Independent Trade Unions (CESI) signed an agreement with the EUPAE employers’ organisation on 21 December 2015. The agreement aims to provide information and consultation rights to almost 10 million workers in central government across the European Union on matters such as restructuring, collective redundancies, working time, health and safety at work and work-life balance.

The workers’ and employers’ representatives jointly requested the Commission make a proposal for a Directive to the EU Council, which the Commission was required to do under provisions contained in the EU Treaties originating from the Maastricht Treaty.

On 5 March 2018, the Commission communicated that it would not be making a proposal, arguing that it was able to determine whether or not to make such a proposal.

EPSU argues that the Commission’s unprecedented decision should be annulled and that it should be required to make a proposal to the EU Council. Proceedings have been issued in the EU General Court.

Richard Arthur, head of trade union law at Thompsons Solicitors, said: "In refusing to put forward a proposal for a Directive to the EU Council, the Commission has back-tracked on its 2015 commitment to involve social partners in law and policy making, and undermined its own recent commitment to information and consultation set out in the European Pillar of Social Rights. The Commission has failed to respect the autonomy of the social partners, which is specifically protected in the EU Treaties."

EPSU is the largest federation of the European Trade Union Confederation and comprises 8 million public service workers from over 260 trade unions in all European countries (including UNISON, Unite and PCS in the UK). EPSU is the recognised regional organisation of Public Services International.