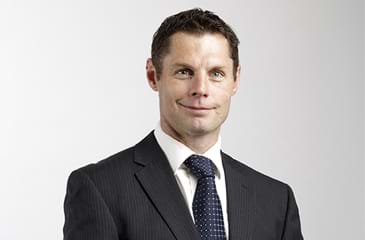 Anthony Welsh started his career in the Personal Injury team of a large insurer 20 years ago. He joined Thompsons in September 2004. Having completed his training contract.

Based in Cardiff, Anthony is a senior supervisor for Thompsons Wales and South West offices dealing himself with high value claims.

Anthony has dealt with accidents at work and public liability claims. He has represented client’s in many high value complex litigated cases, including fatalities and industrial diseases.

Anthony’s passion is making a real difference to the lives of people who have been seriously injured through no fault of their own or who have lost loved ones.

He enjoys working for Thompsons as he has always felt that Thompsons has a different ethos to other law firms, with the interest of the client at its core.

In his spare time Anthony enjoys running, cycling, hiking, paddle-boarding, and skiing in fact he likes most outdoor activities.

In 2011 Anthony represented the families of miners who their lives in the Gleision disaster, and helped them to secure compensation.

Both incidents were widely reported, and attracted media attention.

In Legal 500 2020 edition, Anthony was described as “a rising star”. The year prior to that Legal 500 recognised as being “pragmatic and well prepared.”