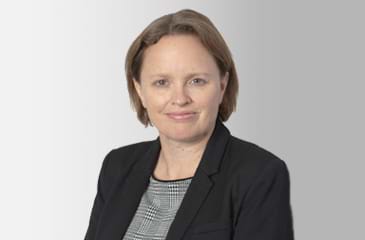 Henrietta is a highly experienced Branch Manager and Personal Injury Solicitor based in Thompsons’ office in central London.

She has experience in different types of claims including head and brain injuries, spinal cord injuries and amputations, many involving catastrophic and life-changing injuries caused by accidents at work or road accidents.

Henrietta always ensures that she recovers the maximum amount of compensation that she can for her clients.

Below you will find just a small selection of serious injury claims which Henrietta has dealt with from the London Office.

A woman was knocked her off her bike by a lorry which then ran over her, trapping her legs under the wheels. She suffered serious injuries including several fractures and widespread damage to her body tissue which required extensive skin grafts, leaving her permanently disabled. Henrietta recovered a six-figure sum for her client.

Henrietta’s client was the victim of a hit and run driver who left her unconscious in the road. She suffered multiple injuries, many of them permanent, including a head injury and several fractures and was no longer able to work. The police traced the negligent driver who was uninsured. Henrietta made a claim through the Motor Insurers Bureau and negotiated a seven figure sum in compensation for the injured woman, including future lost earnings and the cost of alterations to her home.

Henrietta acted for the widow of a man who was killed when disposing of his rubbish at his local recycling centre. He was hit by the shovel of a vehicle being operated by a member of staff and crushed against a nearby wall. Henrietta successfully claimed against the recycling centre and recovered compensation for the man's widow.

A maintenance engineer on the railway suffered serious injuries including a fractured skull, a fractured spine and several other fractures to his limbs when he was hit by a train.  He was unable to return to work and needed many operations in the months following his accident. His head injury left him with permanent concentration and memory problems. Henrietta was able to recover a sum that was satisfactory to the client before the case went to court.

Henrietta was ranked by Chambers and Partners in 2019: "She has considerable experience in handling catastrophic injury matters."