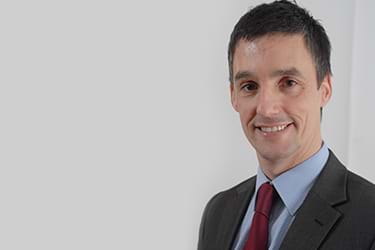 David Mole is a highly experienced industrial disease lawyer based in Thompsons Solicitors’ Newcastle office and is responsible for cases from all over North East England.

David has more than two decades of legal experience, 18 years of which have been at Thompsons. Currently a senior supervisor in the Newcastle office, he previously occupied a similar position at the firm’s South Shields centre.

David’s skill and expertise ensure that clients suffering from these conditions will be awarded the highest possible compensation in the shortest possible time.

He is immensely proud of Thompsons record of representing injured trade union members and recovering financial recompense for them and their families.

Away from work David enjoys running and football.

David is a member of the Association of Personal Injury Lawyers.

I would like to thank Thompsons for their excellent service on dealing with my case for VWF (Vibration White Finger). They are reliable, quick to respond to you on any change of circumstances throughout the case. They were more than very helpful on helping me throughout my case. I would also like to thank Mr David Mole who dealt with my case. I would definitely like to use the professionalism of Thompsons Solicitors again if ever needed.