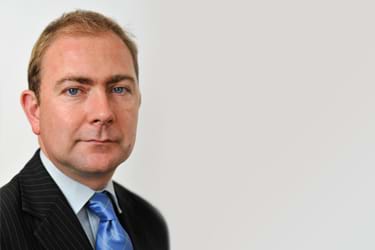 Nicholas is a Senior Lawyer and Business Development Co-ordinator based in Thompsons' Bristol office.

As the head of the South West Personal Injury group, he helps injured clients from across the whole of the region.

Some of the most common cases in which he is involved include industrial asthma, industrial deafness and vibration white finger, sometimes referred to as Hand Arm Vibration Syndrome (HAVS).

With many years’ experience of industrial disease claims, Nicholas is a very knowledgeable solicitor who uses his skill and experience to recover the maximum amount of compensation for his clients in the shortest possible time.

Below, you will find just a small selection of the work disease compensation claims Nicholas has dealt with successfully from Thompsons Solicitors’ Bristol office.

A road worker employed by a council had to spend long periods using heavy vibrating tools such as jack hammers and petrol powered mowers. His employer did not ensure that the length of time he spent using the tools was kept to a safe level and he developed HAVS which caused his hands to go white and become painful. Nicholas commissioned an expert engineer’s report which confirmed that the employers had breached the relevant regulations and he was able to settle the claim for £13,500.

Nicholas' client worked in a manufacturing environment where she was frequently exposed to glycerine. After developing problems with itchy skin and rashes she was diagnosed with dermatitis. Her employer temporarily moved her to a different department but when her skin condition settled down, they moved her back, only for the skin problems to return.

Although provided with gloves, she sometimes had to remove them and was therefore still frequently exposed to glycerine. It also dripped onto her safety shoes and contaminated her clothing causing rashes on her feet and body.

This client also went on to develop sensitivity to other products such as cosmetics and detergents. Nicholas recovered compensation for this injured worker and she was happy with the outcome.

Nicholas is a member of the Devon and Exeter Law Society as well as the Plymouth Law Society.