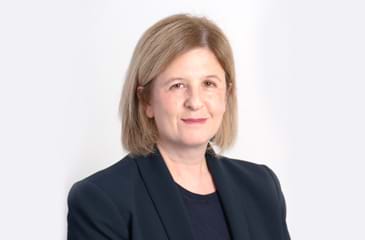 Ann-Marie is an experienced personal injury solicitor, based in Thompsons’ London office.

She specialises mainly in industrial disease cases involving the Control of Substances Hazardous to Health (known as COSHH) as well as accidents at work.

Ann-Marie is well known for her excellent client care and always ensures that she keeps her clients updated on a regular basis about the progress of their claim. She has the knowledge needed to recover the maximum amount of compensation for her clients in as short a time as possible.

Below, you will find just a few examples of successful personal injury compensation claims which Ann-Marie has handled from Thompsons Solicitors’ London office.

A lecturer in welding, who had to work in a confined space without adequate ventilation, extraction or protective equipment, was exposed to fumes, gases, dust and other residues during the course of his employment.

As his employer failed to maintain the ventilation and extraction systems, he ultimately developed a reduction in his lung capacity. Ann-Marie issued court proceedings, but was able to settle the claim out of court for £5,000.

Ann-Marie’s client in this case worked as a senior operating department assistant in an NHS hospital. During an operation his arm struck a tray full of syringes which had not been put back properly on top of a trolley by the anaesthetist.

The tray flew up into the air, showering him with syringes. One of them, which was infected with the patient’s blood and still had anaesthetic in it, stuck into his left arm. While trying to shake it out of his arm, the syringe fell out and this time stuck into his left toe. He suffered a range of symptoms as a result of the incident and had to be redeployed.

His employer’s insurer denied liability, but after a three-day trial, the judge found in favour of Ann-Marie’s client. He received just under £60,000.