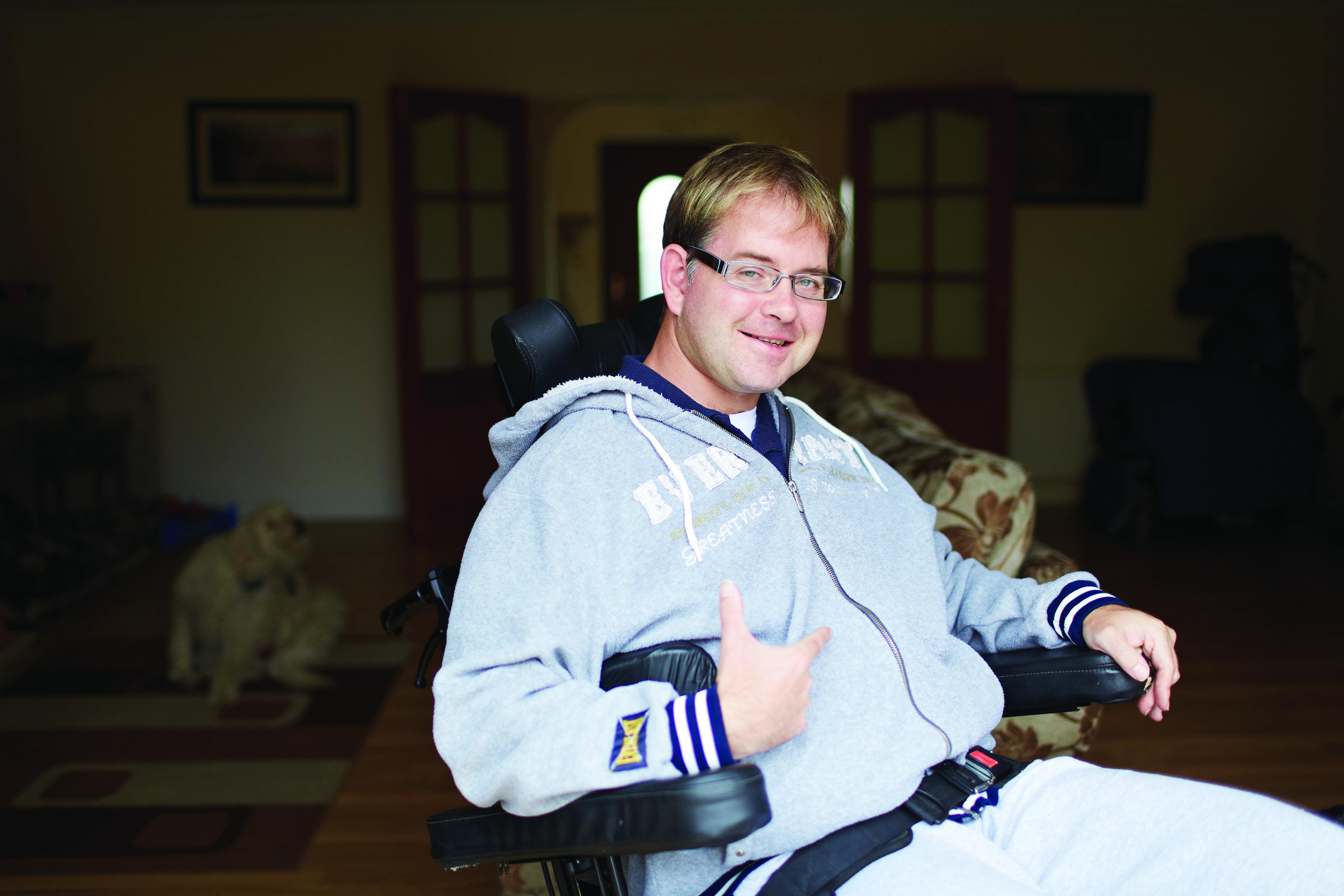 Unite member, Patrick, was working on a scaffolding gantry when it gave way; he fell 23 feet to the ground.

His injuries were so severe that his family was told he would not survive. He spent the next four years in hospital undergoing intensive rehabilitation.

It was later discovered that the scaffolding collapsed because it had been built using the wrong type of bolts.

Patrick’s brain injury affects his ability to walk, talk and use his arms. His mother, Maisey, said: “Thompsons were brilliant, absolutely brilliant, nothing was too much trouble. Patrick’s solicitor would come and visit Patrick every week at the hospital.”

Patrick spent almost five years in hospital after suffering a serious brain injury following an accident at work. Find out how we helped him.
Start a claim
Request a callback
Back to top