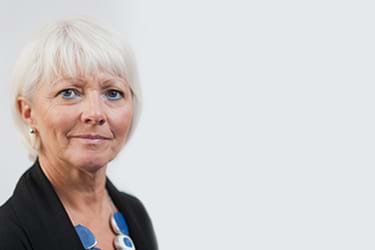 Julie is a member of Thompsons’ employment rights team, based in the Bristol office.

Julie has been very successful in settling a number of high-value claims including more recently:

She has also been involved in a number of cases that went to trial, most notably the case of:

Thomas-James and others v Cornwall County Council and ors [2008] - The tribunal decided in this case, which dealt with fragmentation following a TUPE transfer, that there could not be a service provision change if it was not possible to identify where the Council's former activities had transferred from.

She regularly gives talks and lectures on employment law to clients and unions at events organised by Thompsons.

Julie is a member of the Industrial Law Society.

Following a 19-year career in the health service Julie obtained her law degree from Glamorgan University in 2003.

She secured a training contract with a large insurance company in Bristol and qualified as a solicitor in 2006. Julie joined Thompsons as an employment rights solicitor in 2008.

“The case was intricate and at times downright difficult with a stubborn employer. I would like to say that Julie’s work and knowledge on the issues have been first class and the advice and her work ethic on this matter second to none”.

“As a Group, we felt that we had a justifiable Grievance, and were extremely pleased that Unison and Thompsons agreed, and took the case forward. Obviously, we were subsequently delighted with the outcome, and for this, we are extremely grateful for the part that Thompsons, and in particular, Julie Brodie, played in achieving a satisfactory settlement. I found that Julie was very efficient in grasping the issue, processing the paperwork, explaining the legal procedure in "layman's terms", and through ACAS, achieving the result that we were striving for. Once again, many thanks”.