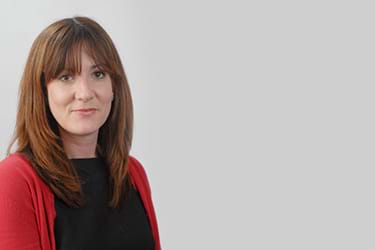 Madeleine is also the national coordinator for mesh litigation due to her experience of handling a number of high profile claims against surgeon Anthony Dixon, which resulted in Thompsons becoming an industry leader on the issue.

In 2021, Madeleine was named as a leading individual in clinical negligence by the Legal 500.

Madeleine also works on behalf of stroke and cancer victims whose conditions have to failed to be diagnosed or been misdiagnosed, as well as for families of people who have died due to medical negligence.

Whether handling her own caseload, overseeing the work of junior solicitors and executives or carrying out the national mesh co-ordinator role, Madeleine’s focus is on making sure all cases are thoroughly investigated so that clients who have sustained a life-changing injury are awarded the utmost compensation.

In addition, Madeleine also makes sure that, where applicable, interim payments are secured for clients who require specialist care, accommodation or rehabilitation.

Madeleine is proud of Thompsons’ close links with the Labour movement and that the firm only works on behalf of those who have been injured.

Madeleine is an accomplished sea rower who has competed in the World Gig Rowing Championships in the Isles of Scilly and encourages the next generation of sea rowers by coordinating her gig club’s youth team. Mum of two Madeleine also fundraises for, and supports, the Cerebral Palsy Plus charity where she has previously acted as chair and trustee.

Madeleine Pinschof is an excellent lawyer. She is technically strong and has great judgment and empathy.

Thank you for agreeing to take on the case. Thank you for persevering despite the complexities. Thank you for understanding and dealing with my frustrations along the way. I needed someone to help be my voice and you did that for me.

I would just like to thank you for the determination and hard work on behalf of my daughter. Those early days, weeks and months following her diagnosis were so, so difficult for us all as [she] progressed through treatment and into the unknown. Your perseverance, understanding and sympathetic handling of her case helped the family and of course [her] immensely. [She] is now starting to enjoy life, relax a little and continues to be a great mummy and wonderful wife. I would like to give some money to a charity of your choice, perhaps you could let me know which one. Anyway, my heart felt thanks.

The ‘strong’ group is led by the ‘capable and experienced’ Madeleine Pinschof who co-ordinates the firm’s efforts in gynaecological mesh litigation. The group, under Pinschof’s leadership … has substantial experience bringing claims against negligent surgeons and other healthcare professionals.

[Madeleine's team] fights hard for justice and is immensely popular with clients.

[Madeleine is] very thorough, personable and a real hard worker.