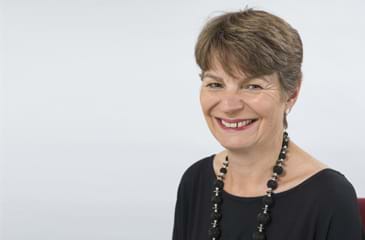 The team handles more than 8,000 employment law cases every year for trade union clients and their members, dealing with all types of employment litigation, including unfair dismissal, Equality Act claims, and equal pay. The employment rights team maintains strong ties to a number of major trade unions and focuses exclusively on representing claimants. The team is renowned for frequently acting in significant test cases on the rights of employees.

Away from work, Vicky often spends time socialising with trade union clients, but she also runs regularly, having completed the Hackney half marathon. Vicky likes all kinds of music and the theatre – her son is an aspiring actor.

She was a member of the UN Internal Justice Council and was appointed in 2012 for a four year term of office and was nominated by staff.

Vicky is extremely capable and intelligent and on coming to work with us has quickly developed an in-depth knowledge of the railway industry and its unique way of conducting industrial relations. I can honestly say that Vicky’s advice, together with the resolve of our members and officials has led to a number of ground-breaking legal decisions in our favour over the past few years.  We have spent many a long hour in various courtrooms and have always felt well-supported by Vicky and Thompsons.

Over the last 20 years Vicky Phillips has supported hundreds of members from our union and she has done so with the highest level of professionalism and commitment. Vicky is an excellent communicator and always makes her clients feel secure that everything that can be done is being done. Her judgement and eye for detail is first class. She regularly comes up with imaginative solutions to problems. It's always a pleasure to work with Vicky. Long may she continue to support workers and the labour movement.

Richard Arthur and Vicky Phillips have unparalleled expertise in industrial action and trade union internal disputes, for example: I cannot think of any other solicitors who can deal with strike cases, which demand urgent work and quick tactical decisions, so quickly, effectively and pragmatically: any union client would want them on their side.

Victoria Phillips is head of the firm's employment rights department and is widely considered a pre-eminent claimant lawyer for trade union work. Her expertise in trade union and labour relations law is unmatched. She is a first port of call whenever a trade union needs urgent advice on important cases.